We are open limited as of yesterday afternoon. Matt sent some photos in today to give a heads up about what to expect out there in the wetter areas. These photos are of the B trail in 2013 but he says we are pretty much the same water wise now. We don’t have the skid bridge this year though. Hoping for some colder temps!!

In 2013 volunteers built the bridge, Dave McNabb supplied the skids. 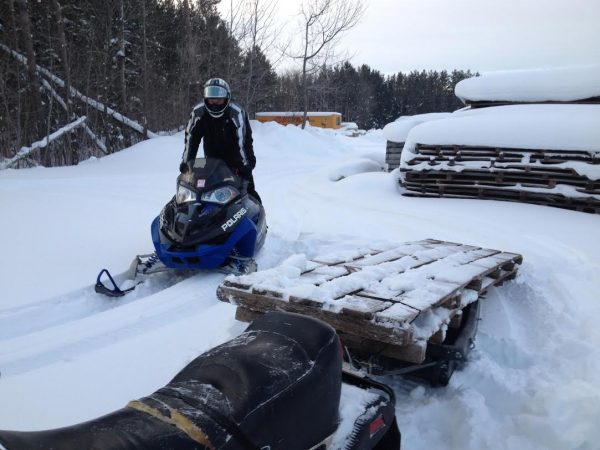 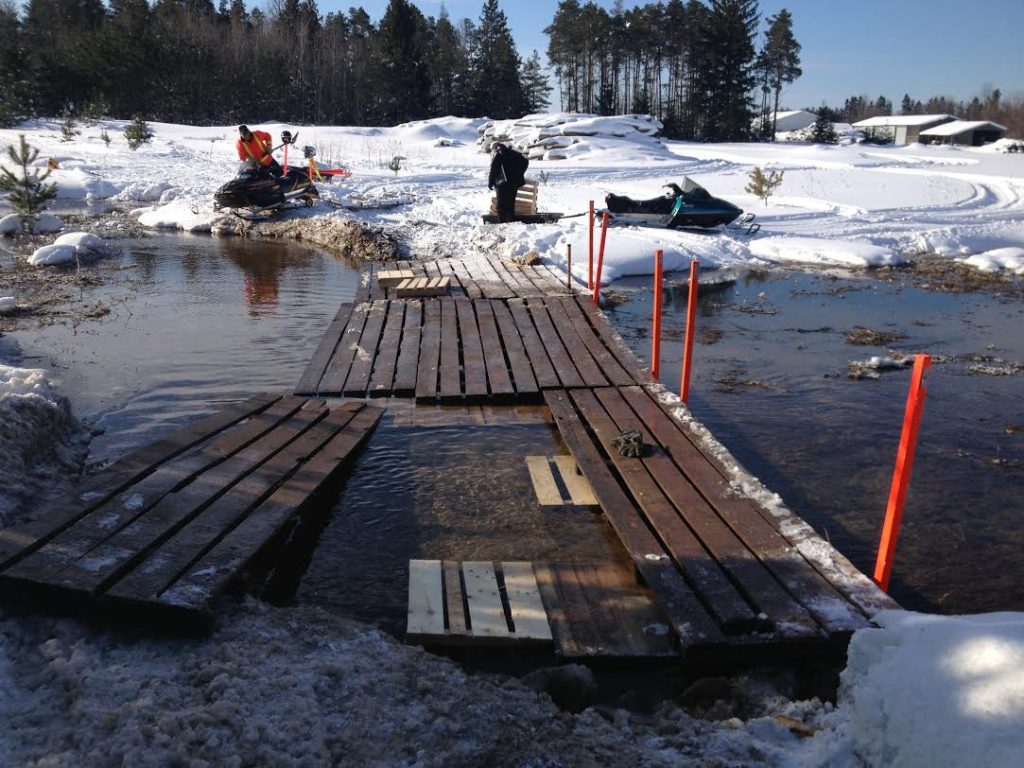 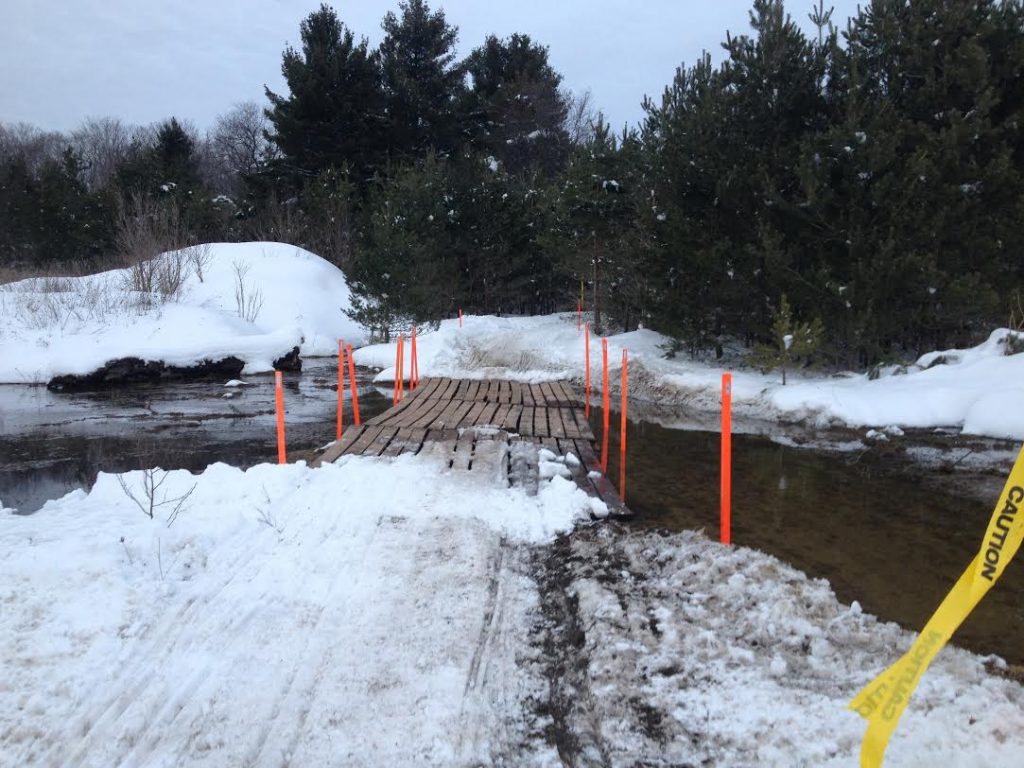 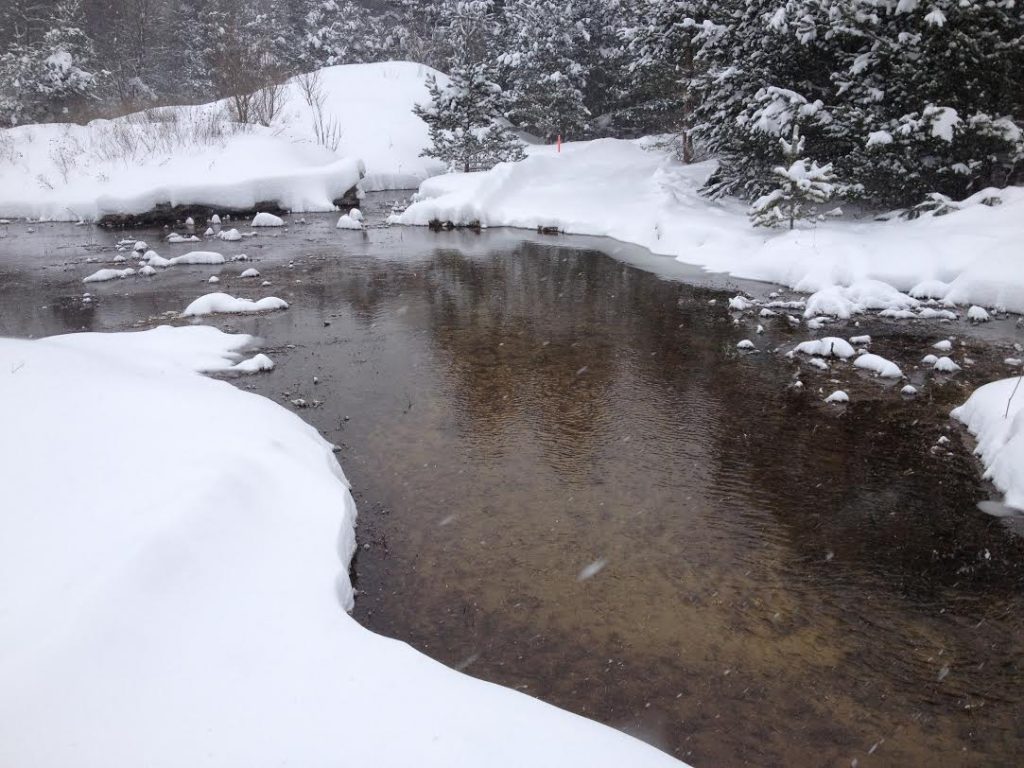